← more from
Trouble In Mind Records
Get fresh music recommendations delivered to your inbox every Friday. 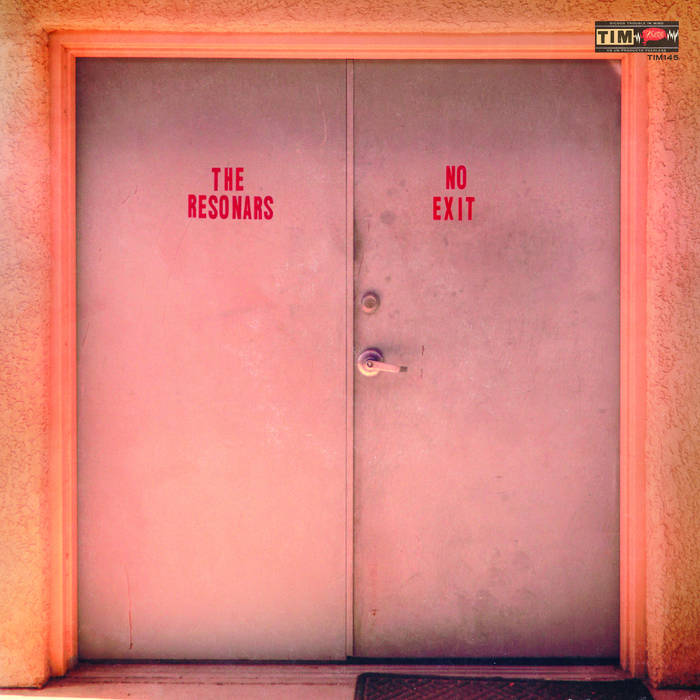 A Blaze On The Northern Beaches

Tucson, Arizona's Matt Rendon has certainly done his homework. Over the course of 22 years and six albums as The Resonars (seven if you count the Butterscotch Cathedral album; a one-ff psychedelic magnum opus released in 2015) for labels like Get Hip & Burger, Rendon's musical vision has remained unwavering; a paean to a lost-era of analog recording, whip-smart, dynamic songwriting, and soul-stirring anthems to ignite generations. "No Exit" is his latest album as The Resonars.

"No Exit" kicks off with the epic clang of "Louise Tonight", which merges dive-bombing guitar licks and bombastic drumming, hinting at the controlled chaos of a modern day Townshend/Moon. Elsewhere, "The Man Who Does Nothing" evokes the shimmering harmonies of The Hollies atop a persistent backbeat, and tunes like "Before You're Gone" "Beagle Theory" sidle up to a dreamy kiwi-jangle strong enough to make Martin Phillips jealous. Conversely, tunes like side two's "All Those Hats" rages with an amphetamine-laced melodic tension reminiscent of The Buzzcocks or The Undertones. Rendon has consistently proven to have a knack for an everyman style of songwriting that doesn't seem rote or tired, lacing his melodic vocal harmonies with that melancholic joy omnipresent in the best numbers by bands like The Beach Boys, Big Star or even Simon & Garfunkel's pop hits.

Rendon typically handles all aspects of Resonars albums from the recording & engineering (at his own Midtown Island Studios) to the performance of every instrument, but for "No Exit" he employs the help of some friends & colleagues; Resonars live drummer Johnnie Rinehart plays on half the tunes, while sometimes live members Ricky Shimo & Travis Spillers play bass & sing (respectively) on two numbers. Despite being the first Resonars album in 5 years, Rendon shows no signs of stopping; He's a rock & roll lifer, having been raised in a musical environment & osmosis thru older sibling's rock fandom. Once it's inside you there's no escape. "No Exit", if you will.

Travis Spillers - lead vocals on "Gotta Get Out"

Bandcamp Daily  your guide to the world of Bandcamp

Nightmares on Wax and Bremer McCoy stop by with their sublime new LPs.